Cork is all abuzz this week because it is “Cork Rebel Week”.  You see, back in the Irish War of Independence and the Irish Civil War the people of Cork–and the city itself–got quite a reputation for being, shall we say, enthusiastic fighters. They were rebels. They fought for this place. And still to this day, the people of Cork have such a sense of pride over their city that they often refer to it as a separate country (“The People’s Republic of Cork”) or as the “Real Capital” of Ireland. It is fitting, then, that there would be a whole week each year devoted to all that is wonderful and Rebel.

There were several events happening all week–parades, concerts, even a bouncy ball race down the steepest hill in the city (for David’s sake I’m actually pretty disappointed that we missed that one. There’s always next year). Today was the last day of Rebel Week and we managed to make it to one last festivity: The International Naval Festival. And, in all honesty, it would have been pretty hard for us to miss it. The ships were literally stationed in the water right across the street from our church. So, after church we walked across the street to check out all the action. We grabbed some Thai food from a food truck and then explored the marina. 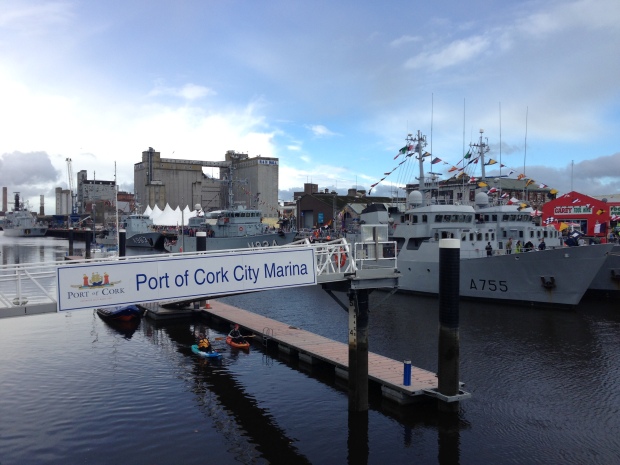 On display were ships from Ireland, Russia, France, Amsterdam and Germany. This is an Irish vessel. We asked a sailor who was stationed in front of this ship if he could tell us a bit about it. He started: “It’s really old…it was built in the 80’s.” Well, I guess that makes me ancient by Irish naval standards.

All of the ships were open to the public to walk on board and have a look around. David only tried to jump overboard 3 times. 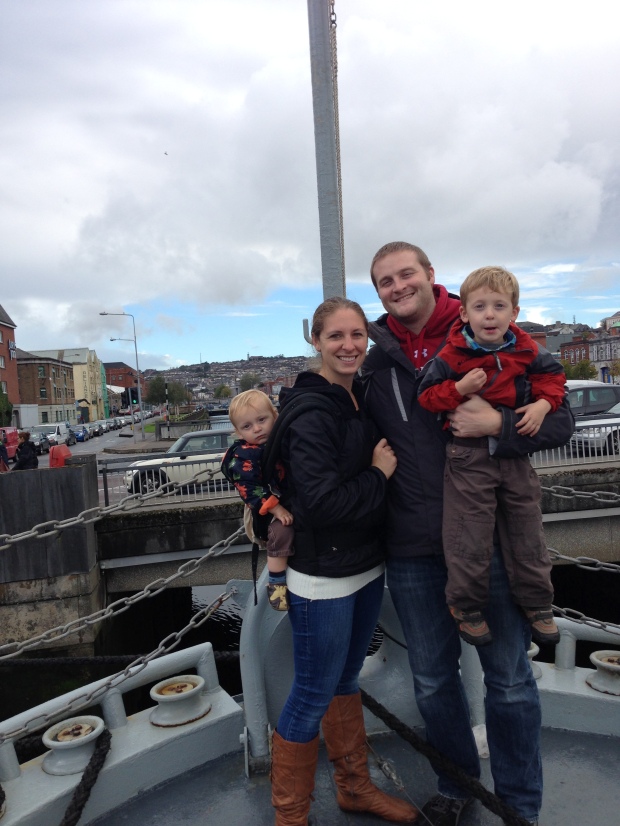 Even Jon had a blast on the ship. Get it–a blast? Hehehe… 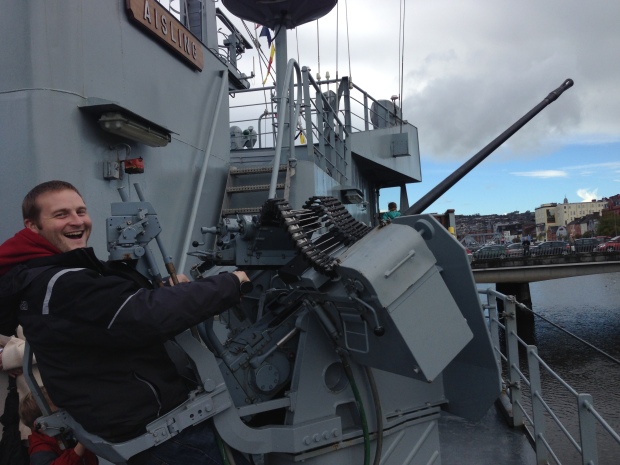 And, even though this was last Sunday, I thought I’d include one last Big Ship that we saw this week: a Dutch Submarine. It was massive and loud and I’ve decided I would be terrified to ride in a submarine. It was incredible to see it up close, though!

This week we are getting our first visitors from home: my parents! I am so super-duper-incredibly-excited to see them and show them around Ireland, so expect a few blog posts soon with some of our adventures!